February 27, 2018
As a kid I don’t think I gave much thought to my development. I remember having a makeshift growth chart on a door jam in the house. I also remember wanting to run faster and jump higher than my friends when I was in elementary school. I even remember admiring my dad’s “big muscles” and wanting to grow my own.

When in junior high school and high school I cared a lot about impressing girls and having good hair. And if I am really honest with myself, that phase, albeit a little more sophisticated, lasted through college and into early adulthood. My college experience contained some defining moments. It started off pretty rocky but after a couple of transfers I ended up at Pacific Lutheran University. While there I played football for one of the most dynamic men I have ever met and worked as a youth director to help pay my expenses, I finally found a major that, despite it not being extremely helpful for eventually landing a lucrative job, held my interest long enough for me to earn a Bachelor of Arts degree.

After that I bounced around from sales jobs to youth work and back again. Despite an interest in Psychology, I didn’t give much thought to development, either generally or personally until I became a father. Observing and participating in the developmental stages of my three sons lives was scary, exhilarating and fascinating but admittedly I gave little thought to my own development.

Over the next couple of decades what has defined me as a person has been mostly my titles as a husband, father, educator. Don’t get me wrong, I know that I have placed at least a reasonable amount of effort in my quest to fill these positions with a certain level of distinction. Only sporadically and until recently have I seriously considered the developmental aspects of my life and questioning my identity. 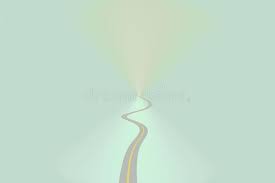 Truly believing that my life’s work has held meaning and made a difference, I now find myself nearing the end of a long career. In the absence of a “job” to consume a great deal of time and energy I am now facing choices about what to do next. In light of the unknown, I find myself again asking who I am and what will I do to continue to make a difference and fulfill my purpose?